Disclaimer: The text below refers to TMW2: Moubootaur Legends. It is NOT a Ragnarok or an Evol reference.

There are eight different Elements. Some attacks, such as the melee attacks of monsters, have no element and are completely unaffected by elemental modifiers. Such attacks are referred to as being non-elemental. 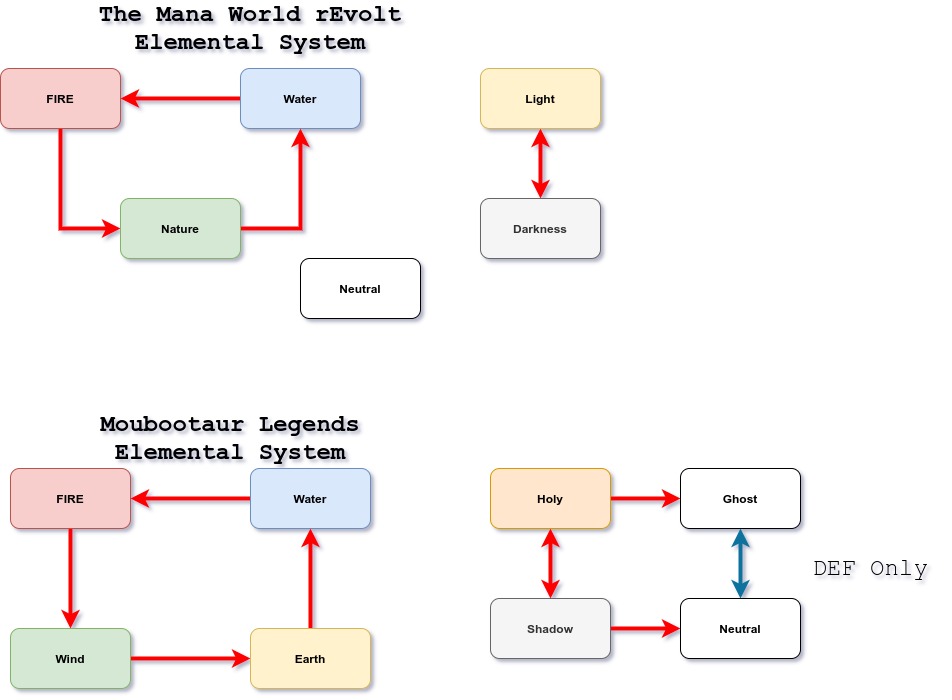 Monsters have only a defending element, but can inflict elemental attacks using skills.